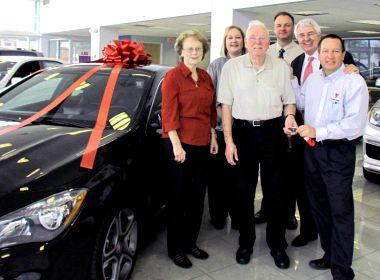 Jesse, an Army veteran, started his career at the American Can Company, finally retiring from the U.S. Postal Service.  The Tauziers’ daughters recounted many times that their parents took care of relatives, worked multiple jobs, and often gave to those less fortunate. “He has always done good things for others. He really deserves to win something that he would never buy for himself,” said his family.

About Volunteers of America