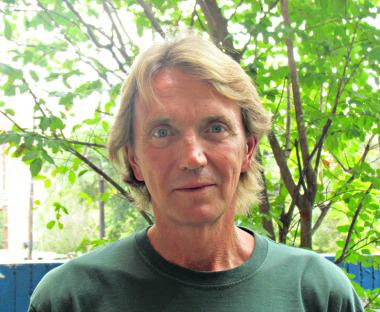 Many veterans who honorably served our country have trouble adjusting to civilian life. Hundreds of veterans live homeless on the streets of New Orleans. Lance Bryant used to be there himself.

Bryant was a gifted high school athlete who attended LSU. He joined the Navy, where he spent five years as a “yell man” on an aircraft carrier. After an honorable discharge, Bryant moved back to Louisiana and worked in the hospitality industry. He then experienced several life-changing events—his parents divorced and his father was diagnosed with Alzheimer’s disease.

Bryant became his father’s sole caregiver, a situation that led to multiple stresses. His savings were depleted, and he became depressed and diagnosed with adjustment disorder. When Bryant’s father went into an assisted living facility, Bryant became homeless. He lived on the streets for a few months before the Veterans Administration referred him to Volunteers of America’s Veterans Transitional Housing Facility on Napoleon Avenue.

There, Bryant found shelter and support services, and he took advantage of every opportunity— the finance class provided by Capital One and work readiness re-integration program. He attended job fairs and used a bus pass to search for jobs. He found one—security guard at the Superdome. After one week, he was promoted to a supervisory position. Bryant is saving everything he can so that he can move into his own place.

The Veterans Transitional Housing Facility gives men such as Bryant a safe place to live and all the help needed to rebuild their lives. Without it, Bryant believes he would still be on the streets. Now, he says he feels like a human being again.