You Helped Travis When He Needed It Most

Without You Who Knows Where He’d Be Right Now 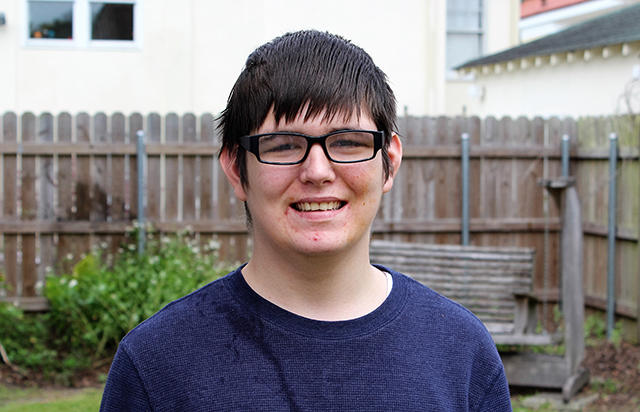 Can you imagine having no one to love you, to take care of you? Doubtful.

That's how Travis, age 19, felt when he walked through the doors at Volunteers of America a little over a year ago. He had been beaten, screamed at and literally kicked out of his house. His unemployed, alcoholic father dumped Travis at a teen shelter. The abuse didn't stop. It doesn't when you feel like you don't deserve other people's love and support. The other teenagers at the shelter continued the battering and bullying Travis knew at home. Broken and bruised, on the inside and the outside he was finally admitted to a mental hospital.

At the hospital, he learned of his mild intellectual disabilities and was introduced to our community living home here at Volunteers of America. When Travis arrived it's not surprising he was bitter, angry, didn't trust anyone and was generally unpleasant to be around. His actions kept people from getting close because he didn't believe he deserved to be cared for by anyone.

Over the past year, Travis has begun to heal the bruises inside and outside.

Because of your support, Travis now has something he never had before—love, kindness, safety, stability and structure. At first, he punched walls, cussed out his housemates and staff. One night, the police had to be called to help calm him down. Through it all, though, we continued to love him. Travis has finally learned to manage his emotions, do his chores, and practice personal hygiene—simple tasks like showering and teeth brushing. Tasks no one had ever taught him before.

You can get a glimpse of how alone young Travis was from his comment to staff: "I can't believe that this is all for me and you don't even know me." There's a glimmer of hope in his eyes now. He's starting to trust others. He is beginning to believe it's possible to achieve his dream of working in a kitchen and maybe even one day becoming a chef.

There's a glimmer of hope in his eyes now. He's starting to trust others.

You help us care for people where they are—and love them where they are. Having a place to live and someone to provide help and love when it is needed most is what really matters. Services like counseling, housing and resource connections are what your dollars create when you support Volunteers of America's mission.