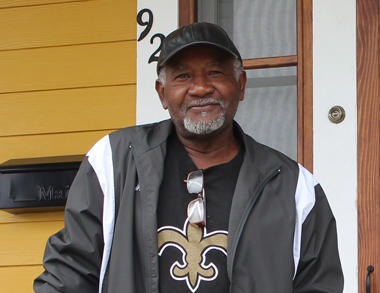 Robert, a former Army mechanic, served our country in the late 1970's. His difficulties began after his mother died. He had lived with her as primary caregiver over her five-year illness. Robert was devastated, and then had to leave the family home because of conflict with his sister. He lost his driver's license because of DUIs and had trouble getting to work. Faced with no income and no home, Robert turned to Volunteers of America. Though devastated, he was positive and determined to regain self-sufficiency.

The Homeless Veterans Reintegration Program helped Robert find a job as a security guard, and he's been employed for more than six months. Our team helped him qualify for a housing voucher and he moved into his new home. Robert is excited to be rebuilding his life, and he's grateful for Volunteers of America's support. Robert's story is just one example of our compassion and quality services that make a real difference in rebuilding lives.